Rock Creek Park is big enough where you can hike around it dozens of times and still find new spots and trails yet discovered by you.

One such spot is the resting place of the Capitol Stones, and it took me over 10 years living in DC before I heard about it.

Of course, many have written about the stones (like this detailed article by the Washingtonian) and you may have even found it yourself. But it’s still worth pulling back the bushes to peek behind, as new people come to DC all the time.

Last year, with a rough idea of its location and an adventurous mood, a group of us set off in the Park to find it. After a handful of wrong turns and miles of walking, we finally used the googles to see who had divulged its exact location. Some generous soul had affixed a red star on their digital map, and we were in business.

The place is really not hidden, as it’s next to a well-trodden path, but if you were passing by you may not think to stop or even pause to consider what is there.

It exists because a secluded place was needed to ‘dump’ or store the excess stonework stripped from the U.S. Capitol Building during the renovation of its facade starting in 1958. The Capitol columns from that same renovation tower majestically in the National Arboretum.

And why not dump them in the woods, right in the middle of DC? The effect reminds one of finding a lost temple in the jungle.

The stones, either decorative or plain, stack high in a dozen or more rows. The moss and weeds have grown in enough to make you wonder that they’ve only been there for nearly 60 years.

But there are actually two elements to the stone yard. One is the stacks of stones. The other is a series of rock-lined and fairly deep holes or pits (seven in total) on a grassy knoll semi-circling the stones. Many have guessed at the true purpose of these pits, but a definitive answer has yet to be agreed upon. All that can be said for sure is that someone dug and lined the pits with stonework long before the Capitol Stones were laid to rest.

Find the stones. Get outside. 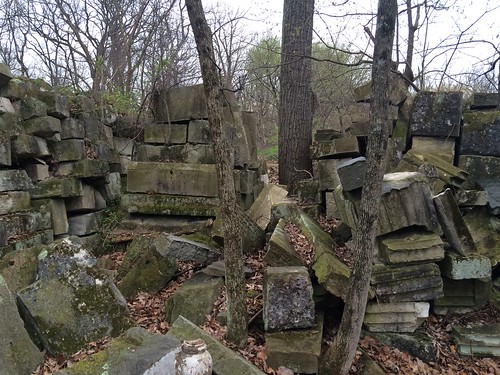 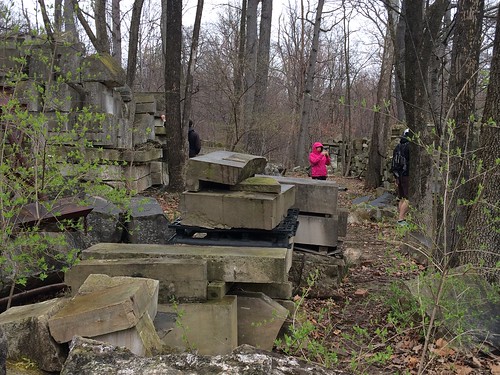 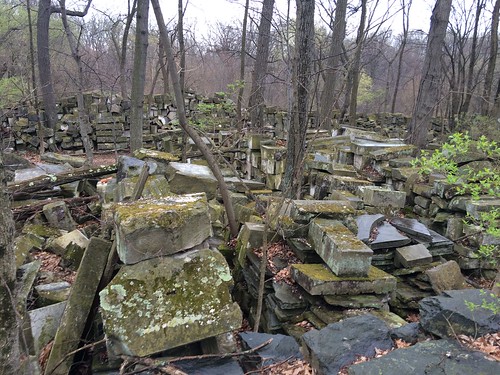