We attended SAVOR on its first night, Friday, June 1st.

We had a smashing time.

So even though the June 2nd SAVOR experience is sold out, for those of you with tickets (and those that missed out!), here are some of our top reasons to attend based on our Friday experience!

Also, go here to download a handy printout of all the beers ranked by interest, put together by Jeff.

Here Jeff and I list a few of the stand-outs from the evening.

Reason #1: The chocolate paired with Benito’s Imperial Stout by Cheluna Brewing Company (Table 50). It was not the original food pairing on the menu (they probably ran out of the baklava), but it was so good. – Jeremy

Reason #4: The charcuterie by Red Apron Butcher at Fate Brewing Company (Table 90, upstairs) not only looked amazing, but it was. Both beers offered by Fate were very good too. – Jeff

Reason #5: SAVOR finally had good brewery representation from Washington state! Five breweries, four from Seattle and one in Darrington called River Time Brewing (near where my parents grew up). River Time’s P.I.G. chili beer was quite interesting. – Jeremy

Reason #6: Speaking of Seattle, the Shame Spiral Imperial IPA (ABV 6.5%) by Cloudburst Brewing (Table 39) was amazing. Fruity and easy to drink. Cloudburst was the only brewery we saw run out of beer. Don’t worry, they have more kegs for tonight, but go there early! – Both

Reason #8: Madagascar Imperial Stout (ABV 9.3%) by 4 Hands Brewing Co. (Table 2), made me say wow (or at least that’s what I wrote on my notes…). I went to the brewery a few years ago in St. Louis, and a mini-theme of mine was to go to breweries I’d actually visited before. – Both

Reason #9: The tiramisu cannoli paired with the Café Lumière by BearWaters Brewing Company (Table 29) and a few other places was excellent. – Jeremy 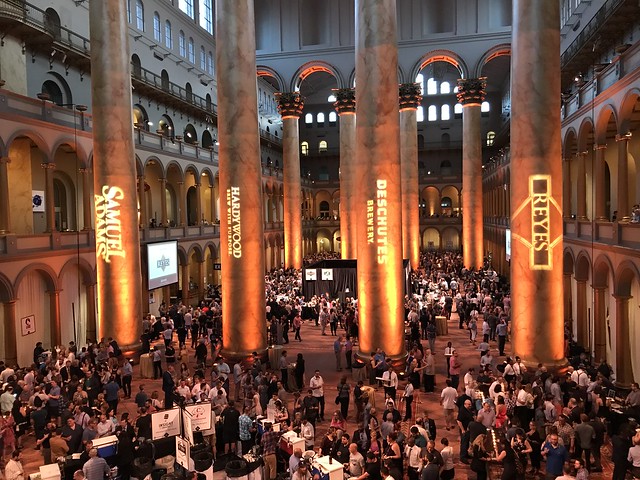