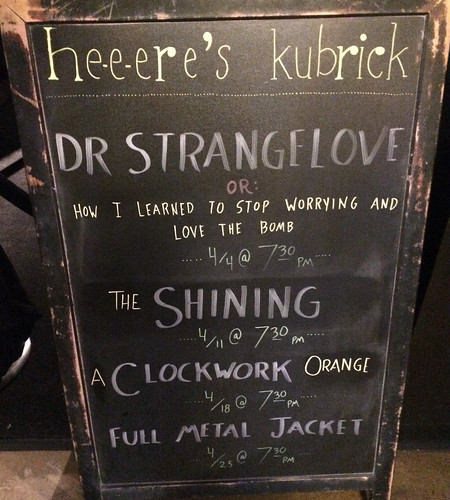 The Angelika Film Centre (near Union Market) will feature their Stanley Kubrick film every Wednesday in April!

Sounds like you need to stop worrying and learn to love their Heeere’s Kubrick series.

April 4 – Dr. Strangelove or: How I Learned to Stop Worrying and Love the Bomb
April 11 – The Shining
April 18 – A Clockwork Orange
April 25 – Full Metal Jacket

Showtimes for all films is 7:30pm.

And as a bonus, there is a cool homage to The Shining in new Spielberg movie, Ready Player One.